AKIRA (アキラ) is a 1988 Japanese animated sci-fi action film directed Katsuhiro Otomo, written by Otomo and Izo Hashimoto, produced by TMS Entertainment and several partnered Japanese animation/tech companies all referred as The AKIRA Committee. The film features the voices of Mitsuo Iwata, Nozomu Sasaki, Mami Koyama, and Taro Ishida. It is an adaption on Otomo's manga AKIRA, focusing mainly on the first half of the story.

The film depicts a dystopian version of Tokyo in the year 2019, with cyberpunk tones. The plot focuses on the emotional involvement of Tetsuo Shima and his long-term friend Shotaro Kaneda. While most of the character designs and settings were adapted from the original 2182-page manga, the restructured plot of the movie differs considerably, pruning much of the last half due to time constraint. This decision also was possibly made to avoid controversies with the contents in the manga.

The film became a hugely popular cult film around the world, and is widely considered to be a landmark in feature-length animation and spearheading the popularization of anime outside Japan.

On July 16th, 1988, Tokyo is engulfed in a massive explosion that obliterates the city, and starts World War III. In 2019, 31 years after the explosion, Tokyo gets rebuilt as Neo-Tokyo in order to recover. In August 2019, Shotaro Kaneda leads the Capsules, his bōsōzoku gang, to fight against the rival gang known as the Clowns. However, Kaneda's best friend, Tetsuo Shima is injured when he almost crashes his motorcycle into Takashi, a small esper sprung from a secret government laboratory by a dissident underground revolutionary organization. Takashi is captured by armed soldiers and Tetsuo is hospitalized. When Kaneda and his gang are interrogated, he encounters Kei, a member of the revolutionary group, and arranges her release along with his own gang.

Meanwhile, Colonel Shikishima and Doctor Onishi discover that Tetsuo possesses psychic capabilities similar to Akira, a young esper who caused Tokyo's destruction 31 years earlier. Kiyoko, another esper, has visions of Neo-Tokyo's destruction, and the Colonel tells Onishi to kill Tetsuo if he thinks the power may get out of control. Tetsuo flees from the hospital and meets up with his girlfriend, Kaori, and they steal Kaneda's motorcycle. When Tetsuo and Kaori are violently confronted by the Clowns, Kaneda and the Capsules save them both. Tetsuo begins to suffer a psychic migraine, and Doctor Onishi has Tetsuo sedated and taken back to the hospital after conveniently finding him during his episode.

Saving Kei from being captured after a guerrilla attack, Kaneda is led to the rebels' headquarters and cooperates with them after overhearing their plans to kidnap Tetsuo. Meanwhile, Takashi, Kiyoko and Masaru — another Esper — unsuccessfully attempt to kill Tetsuo. Tetsuo eventually goes on a violent rampage through the hospital, intent on killing the espers. Kaneda, Kei, and the Colonel unsuccessfully try to stop Tetsuo's rampage. Discovering that Akira is in cryonic storage below Neo-Tokyo's new Olympic Stadium, Tetsuo flees.

Kei and Kaneda are detained, but Kiyoko — using Kei as a medium — explains that Tetsuo must be stopped, and facilitates the youths' escape before taking the girl away to combat Tetsuo. Desperate to find Tetsuo, the Colonel places Neo-Tokyo under martial law. Tetsuo confronts and kills Yamagata, a member of the Capsules. He then proceeds to destroy the city as he makes his way to the Stadium, brutally dispatching the military forces who attempt to stand in his way. Upon learning of Yamagata's death from his friend Kai, Kaneda follows Tetsuo to the stadium, seeking revenge. When Tetsuo arrives at Akira's Cryogenic Containment Unit, he defeats Kei and exhumes the Akira vault from the ground, but discovers all that is left of Akira are glass canisters filled with his remains, his body having been subjected to numerous scientific experiments.

Kaneda confronts and unsuccessfully tries to defeat Tetsuo with an experimental laser rifle, while the Colonel uses an orbital laser that severs Tetsuo's right arm. Tetsuo pulls the orbital weapon into the atmosphere and synthesizes an artificial arm from the remains while studying Akira's organs. When Kaori arrives, Tetsuo's psychokinetic powers have begun to cause him immense pain. The Colonel explains that the espers' migraine-controlling drugs administered to Tetsuo are to stunt the evolution of uncontrollable abilities. Despite the Colonel's pleas for Tetsuo to return to the hospital, Tetsuo nearly kills the Colonel, but Kaneda confronts him. Unable to control his powers, Tetsuo's body begins to mutate into a giant mass, engulfing Kaneda and crushing Kaori to death.

The espers awaken Akira, who had merely grown beyond the requirement of a coherent biological form. Manifesting himself from the canisters, Akira reunites with his friends. Akira uses his psychic powers to create a blinding ball of light that engulfs the city, which he uses to contain Tetsuo. As Akira confronts Tetsuo, the espers hurry to teleport the Colonel to safety and — over Masaru and Kiyoko's objections — Takashi jumps into the light to rescue Kaneda. The other espers join Takashi, deciding that it will take all three of them to save Kaneda, aware they likely will not be able to return. Kaneda experiences Tetsuo's and the espers' childhood memories, including how much Tetsuo trusted Kaneda as a friend and how the children were first studied before Tokyo's destruction.

The espers remove Kaneda from the destruction and tell him that Akira will be taking Tetsuo to safety; Kiyoko implies that Kei is beginning to develop her own psychic powers, and this is confirmed when Kei calls Kaneda out telepathically. Akira's psychic power destroys most of Neo-Tokyo, and — after disappearing — leaves a void that is quickly filled by the ocean. Doctor Onishi is killed when his research laboratory is crushed. Kaneda awakens to discover that Kei and Kai have survived, and they drive away into the city after absorbing Tetsuo's power orb. The Colonel walks out of the tunnel that the espers teleported him to and watches the sun rising over the destroyed city. Tetsuo comes into full control of his powers as Akira transports his spirit into the universe, uttering the words: "I am Tetsuo" before the credits roll.

After working on the character design and script for Harmagedon: Genma Taisen in 1983, Otomo was intrigued with the idea of putting his own work on the big screen. Main production was completed in 1987 with a teaser trailer released that year.

AKIRA started with a very high budget of ¥1.1 billion ($8.2 million), spending it much on the quality of animation. Computer graphics were used to create the pattern indicator used by Doctor Ōnishi as well as lighting and plotting the movement of foreground and background objects. 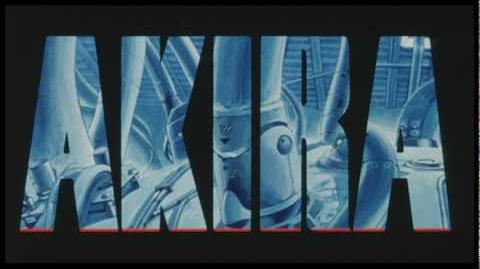