Tetsuo Shima (島鉄雄 Shima Tetsuo) was a member of a teenage biker gang and the main protagonist of Akira. After a near-collision with Takashi and being experimented by the Japanese military government, he rapidly develops powerful, psychic abilities. Tetsuo goes on a power trip as his newfound abilities grow, eventually leading him to his own destruction.

One of the youngest members of a motorcycle gang led by his best friend Shotaro Kaneda, he initially has problems with being seen as little more than an inexperienced "junior" member. He is enthusiastic about motorbiking, but can't seem to 'catch up' to his friends much of the time. He is perceived both by himself and others, somewhat, as weak and introverted, though this is not necessarily a correct assessment of his character. His misdirected views and intentions and his stubborn nature and naivete about the consequences of his actions lead to conflict.

When he was injured and later incarcerated by experimentation of the government, he begins to take on a corrupt and arrogant attitude. Throughout the story, he reflects more openly on feeling bossed around by others and exhibits an inferiority complex even after gaining destructive powers. He enjoys driving motorcycles, however after receiving his powers, he doesn't care about them any more.

Tetsuo is a young man of below-average height with a slight, top-muscular build and no bangs. He has slight darker skin and a large forehead. Psychic powers alter his appearance; his short, slightly textured black hair grows, shortens, and becomes white. After losing his right arm at the end of the second volume, he creates a bionic arm to replace it for much of the story but recovers later his lost human limb.

He wears a light-colored hoodie with pants, he also wears boots at the beginning of Volume 1. Near the end of Volume 1 he changes into a white tank top, but he keeps his pants and boots. In Volume 2, he wears his 2nd outfit from the 1st Volume at the very beginning but later changes to a hospital gown after being admitted to the lab again. After hearing about Akira, Tetsuo escapes from the lab again and puts on a fur jacket, white pants, and dress shoes (as seen to the right). Tetsuo finds Akira, but is then thought to be killed at the end of Volume 2 by the SOL Satellite. Akira is then taken in by Kaneda and Kei.

Tetsuo is then never seen throughout most of the 3rd Volume until the very end, where he finds Akira again after Takashi had been shot and killed by Mr. Nezu. Tetsuo is seen in a ripped up trench coat, and ripped pants, it appears he also is wearing boots. In Volume 4, you can see Tetsuo with Akira working as his right hand man. Tetsuo is seen wearing a t-shirt, a cape (probably red), sweat pants, and is wearing shoes that resemble the shoes he wore with his hospital gown in the movie.

In Volume 5, the cape he donned is now gone about halfway through the manga, and he cut his hair after growing it out is Volume 4. In Volume 5, Tetsuo also begins his monstrous transformation after ravaging the moon for an assembly, and a fight with Kei. Tetsuo’s hair also grows back incredibly fast, but it becomes white in the process. In Volume 6, Tetsuo becomes a giant blob after losing control of his psychic abilities.

The manga's first volume opens with Tetsuo, along with Kaneda and their biker crew, riding down to the old city and area where the original Akira explosion took place. It's decided afterward that the group would race back to Harukiya, and Tetsuo take the initiative to get ahead of the group, giving exposition on his cocky attitude and inferiority complex beneath Kaneda. Going at a very fast speed, Tetsuo is caught off guard by Takashi, who is crossing his path before he can stop. Coming to a near-collision with the boy, Tetsuo's bike explodes, leaving him unconscious. He is taken by an ambulance shortly after, without elaboration to his gang regarding where he was being taken. He appears at school a day later, being happily greeted by his friends but not explaining what happened in his absence.

It's revealed that Tetsuo was scheduled to an appointment to the hospital, which Tetsuo ignores as he decides to join everyone as they ride their motorcycles through the city, causing the police to chase after them. Attempting to lose the police by splitting up, Tetsuo trespasses unknowingly into a rival biker gang's territory where he is ganged up on until Kaneda, with the rest of the Capsules, come to save him. Tetsuo, furious about needing to be saved, begins to assault one of the bikers who first attacked, intended to kill him. He is stopped by Kaneda, which pushes him to aggressively voice his feelings towards being ordered around by him. The following day while at school, Tetsuo is called down to meet with Colonel Shikishima, where he makes excuses about his intent to visit later. The scene ends with Kaneda being spotted by the Colonel, who comedically runs away to avoid confrontation.

A later scene shows an examination being performed on Tetsuo to determine his potential to awaken "the ability". After being placed in a room, he begins to gain a headache as his powers come to fruition. When his headache becomes unbearable, he escapes outside, psychokenetically killing a doctor who attempts to stop him. While walking outside, he encounters the same Clown member who he before tried to beat to death. He defends against the biker's attack using his powers, mentioning his head is hurting, before using his power to kill him as well. Tetsuo, still suffering from his head pain, requests that the rest of the Clown gang supply him with the "drug", and after displaying his powers and asserting superiority to the then-leader Joker, he assumes a position as the new leader.

After becoming The Clowns' leader, Tetsuo sent them after other gangs to buy, con, and steal their drugs. The other gangs team up to defeat them, led by The Clowns' rival gang, the Capsules. A mistake in their plan leads to Yamagata being cornered with Tetsuo, so Kaneda intervenes. He hesitates to shoot, so Yamagata tries but is killed. Kaneda then shoots Tetsuo, who retreats, but is pursued. Kaneda drops the pill he got from Masaru in shock when the Colonel arrives. Tetsuo consumes it and, shockingly, survives. He eventually agrees to go with the Colonel to his facility where he was once again examined and becomes Member No. 41 of the project in the eyes of the military.

In the facility he is subjected to corresponding experiments and becomes victim of an attempted murder by Kei, who is under the control of the Espers, who fail. Tetsuo is prompted to face the trio in person, where he recognizes Takashi as the one who caused his motorbike accident. The psychic trio try to kill him again, which again fails. During such fight he finds out where Akira is and sets off to find him. His actions end up awakening Akira, and he breaks in to his holding chamber and releases him. During an attack by the military responding to the breach, the satellite weapon SOL is activated and fired down on Tetsuo. He loses an arm and is presumed dead. However, it is later revealed he survived and was able to replace his lost arm with a mechanical one he created.

After some time passes he finds Akira, who has destroyed Neo-Tokyo once more as result of a sudden reaction to Takashi's death, and takes him away. Later he rules over the ruins of Tokyo in Akira's name, with the help of an aide and his men. He calls this rule The Great Tokyo Empire. During this time more exposition is shown in his character through various scenes, including changes in his appearance which reflect his stability and increase in power control, and scenes highlighting his dominant and controlling nature. Of these scenes include when he snaps at his aide despite his pleads for help in the raid on Lady Miyako's temple, the instance when he is inquired of his odd aversion to the song Low Rider by War (originally referenced to in Volume 3) and responds violently, or how all around him feel inclined to refer to him as "Master". This period of time is also when his powers come into their peak, and he becomes capable of flying to and defacing the moon. He also becomes a boyfriend of sorts to Kaori, who he will casually meet with at times and shows a more tender, weaker, albeit not at all more loving side to.

In time, he fights against Kaneda again. During the battle, he also has to face the US military who try to assassinate him and fail to do so. Finally, he witnesses Kaori's death which leaves him devastated. Shortly after that, Tetsuo begins to mutate more rapidly over his controlled powers while Akira, under the influence of the psychic trio, activates a final explosion. This blast marks the end of Akira, Tetsuo and the remaining Espers, swallowing all of them in its wake to finally cancel out their powers during the boom. Kaneda was trapped within Tetsuo during this event and caught glimpses into his memories and past, letting the two make peace with one another before Kaneda is pulled free by Kei.

Tetsuo's latent psychic talent first starts to awaken when he crashes into Takashi. As a result of the government's experimentation, the development of his powers is artificially sped up. His body also became stronger as a result, developing superhuman healing abilities, endurance, and temperature resistance amplified by his psychic powers.

Tetsuo uses telekinesis (on objects and himself), teleportation, mind reading and force field that allow him to survive in space. After his arm is blown off by the SOL satellite weapon, he uses technopathy to form a prosthetic. Eventually, he learns to manipulate and block light. When fighting Kei, he produces a powerful blast of psionic energy yet unrefined as it split off in multiple directions. He is also technically capable of resurrecting someone: when Kaori was shot dead, he was able to bring her back to a semblance of life, but she was blind, deaf and in agony, so he let her die again.

Later when the power takes over his body, its capabilities far exceed Tetsuo's individual limitations. At this level of power, displayed in Tetsuo and Akira, they could create a big bang in an alternate universe. 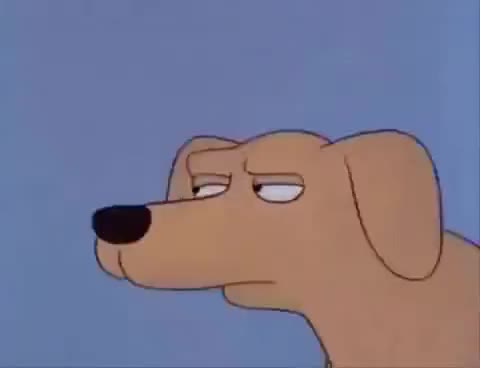 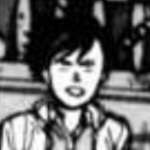 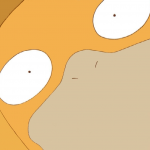 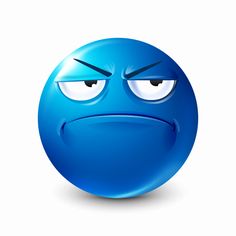